Loquat jam and a bag garden

What is a loquat? I wondered the same question

This is a loquat:

They taste a bit like a pear, or an apricot, but with less flavor. I guess they’re primarily valued for fruiting about six months offset from most other trees. They also produce a lot of fruit.

My friend Danielle was kind enough to give me a big bag of loquats, the other day, so I thought I’d try to make jam out of them. I used this recipe, which worked out to the following ingredients, in my case:

The recipe doesn’t use added pectin, as loquats already have plenty. However, this turned out to be way too much sugar! The final jam has an almost candy-like flavor and texture. Oh well, it will be good in yogurt, at least. 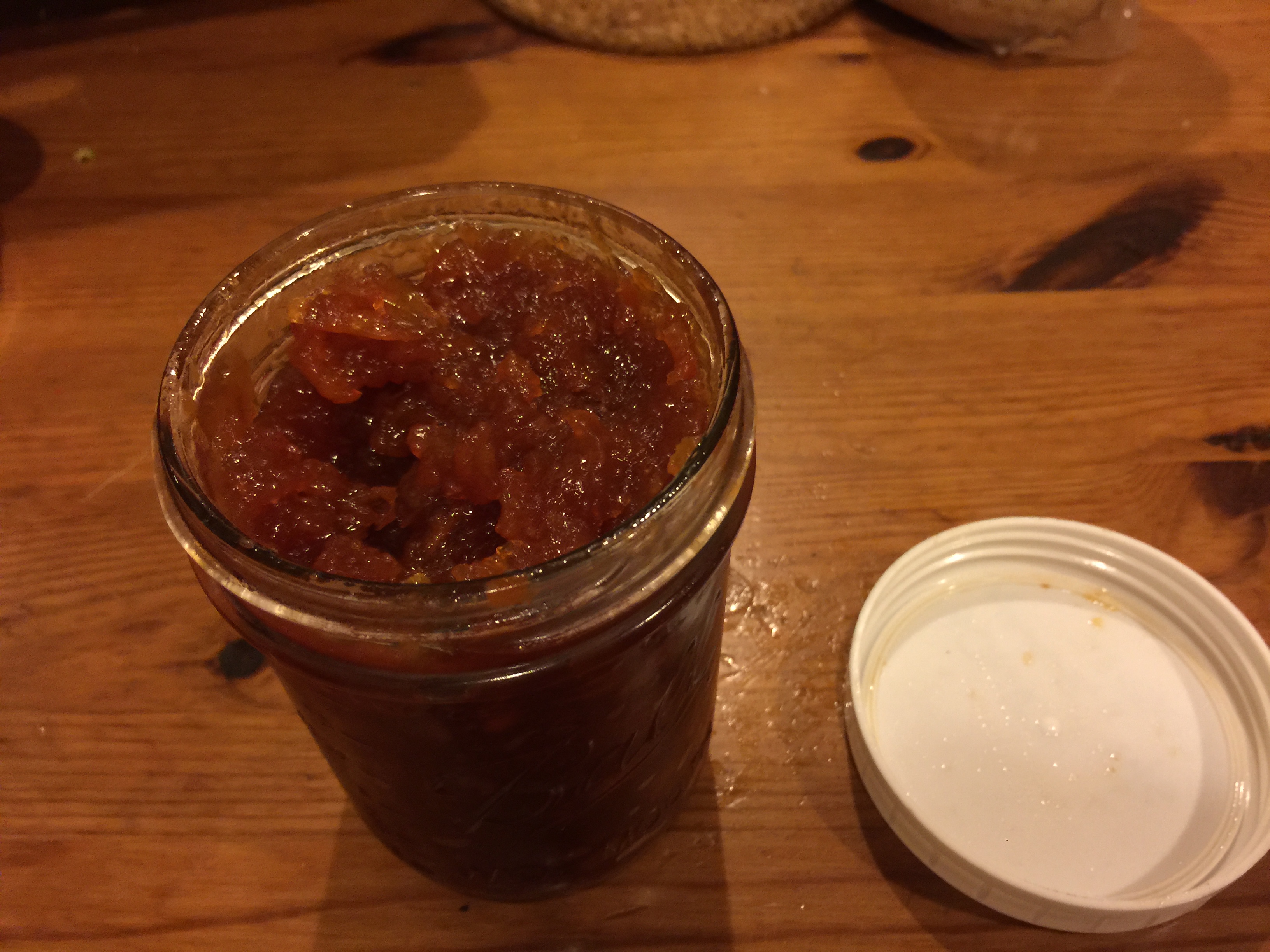 The second thing I did today was start a bag garden. 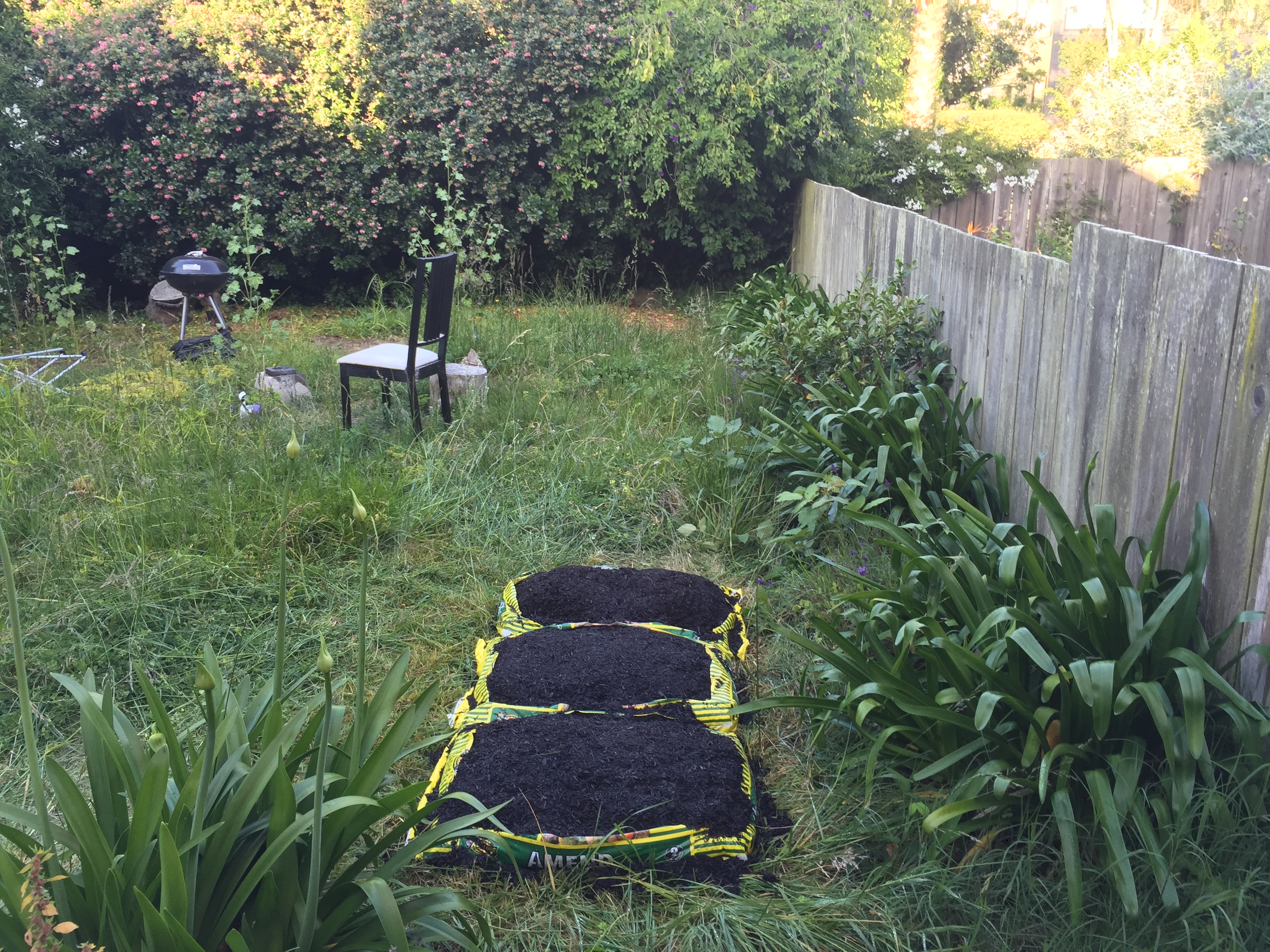 Glamorous, isn’t it? I chose to go with a bag garden for a few reasons – building planters would be a lot of work, and I’m not sure if I’ll be around longer than the end of the summer, our yard already has grass growing in it, so doing an in ground planting would be difficult, and I have no idea how healthy the soil is around this area. Given that the old Bernal Cut routing for the Southern Pacific train was just a few blocks away from my house, it’s not unlikely that there’s some soil contamination. (To say nothing of lead housepaints, and earthquake-era latrines (which probably have improved the soil quality, honestly.)) The precursor to the Caltrain. Not a good spot to grow vegetables.

Some of the soil had some really severe mold in it. We scraped off the green stuff (some kind of fruiting body?) and worked the white mycelium back into the rest of the soil. 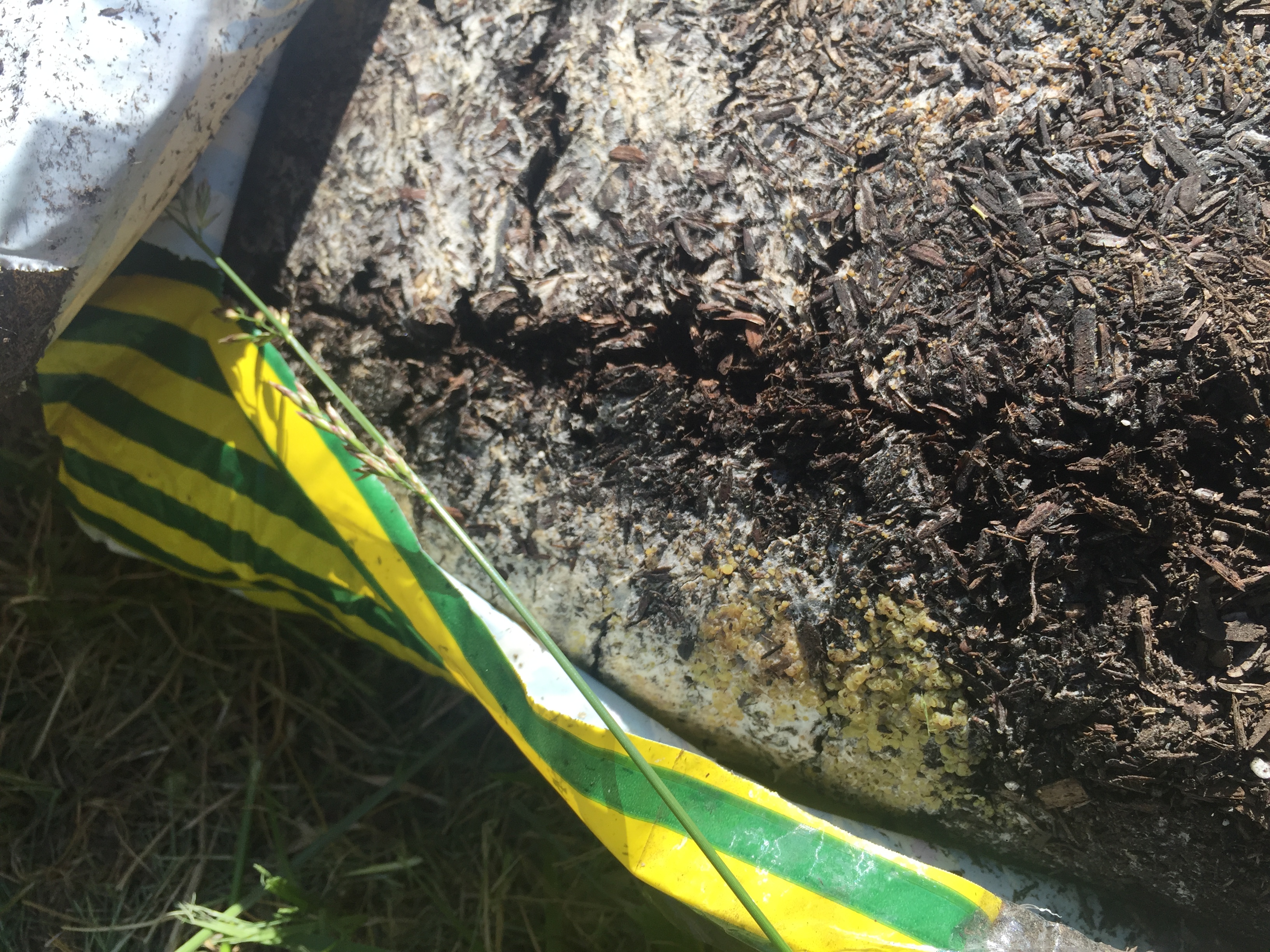 Alison and I planted zucchini, green beans, and Swiss chard. 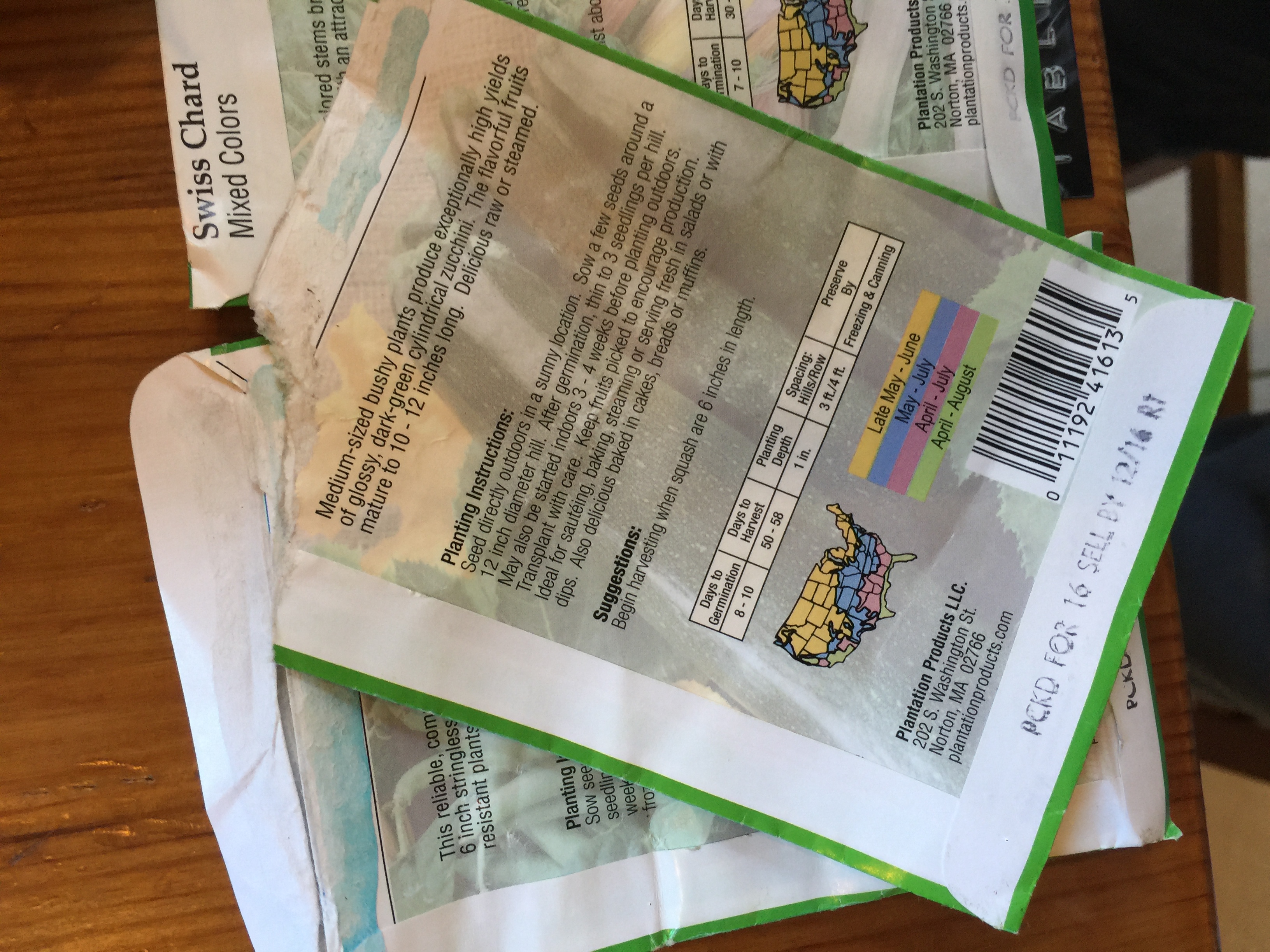 And that’s our bag garden! We’ll see whether or not it works. As such a low-effort project, it almost feels like it doesn’t deserve to. 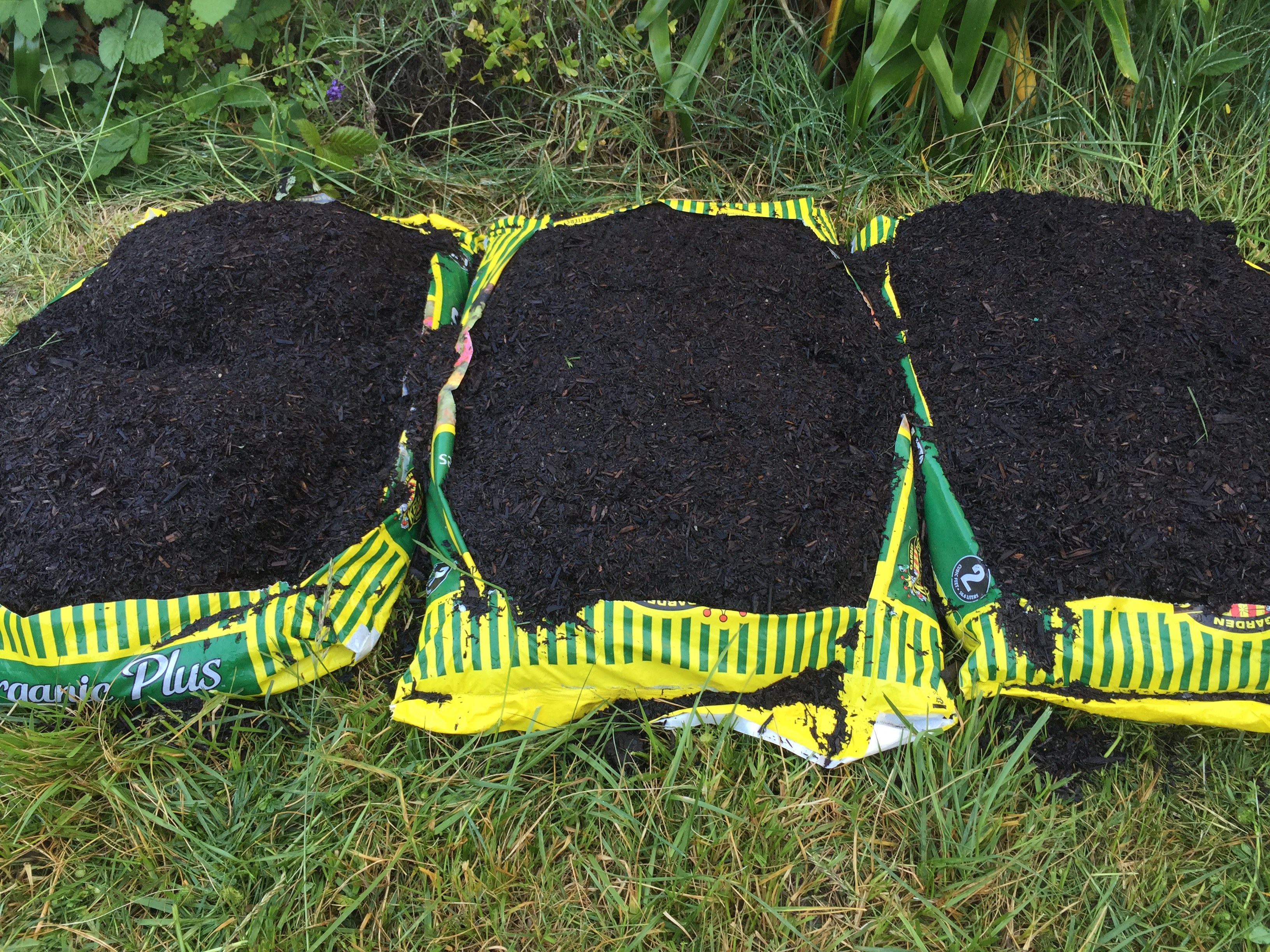 I don’t know why the zucchini needs to grow in a 12 inch hillocks, but it does.