I went for a walk around Glen Park today, trying to find miner’s lettuce, a supposedly delicious salad green that grows wild in the area. Alison and I had seen some in the Trinity Alps, and had a memory of seeing some around San Francisco, but couldn’t remember exactly where. I didn’t end up finding any miner’s lettuce, but I found some great plants to augment a small salad. 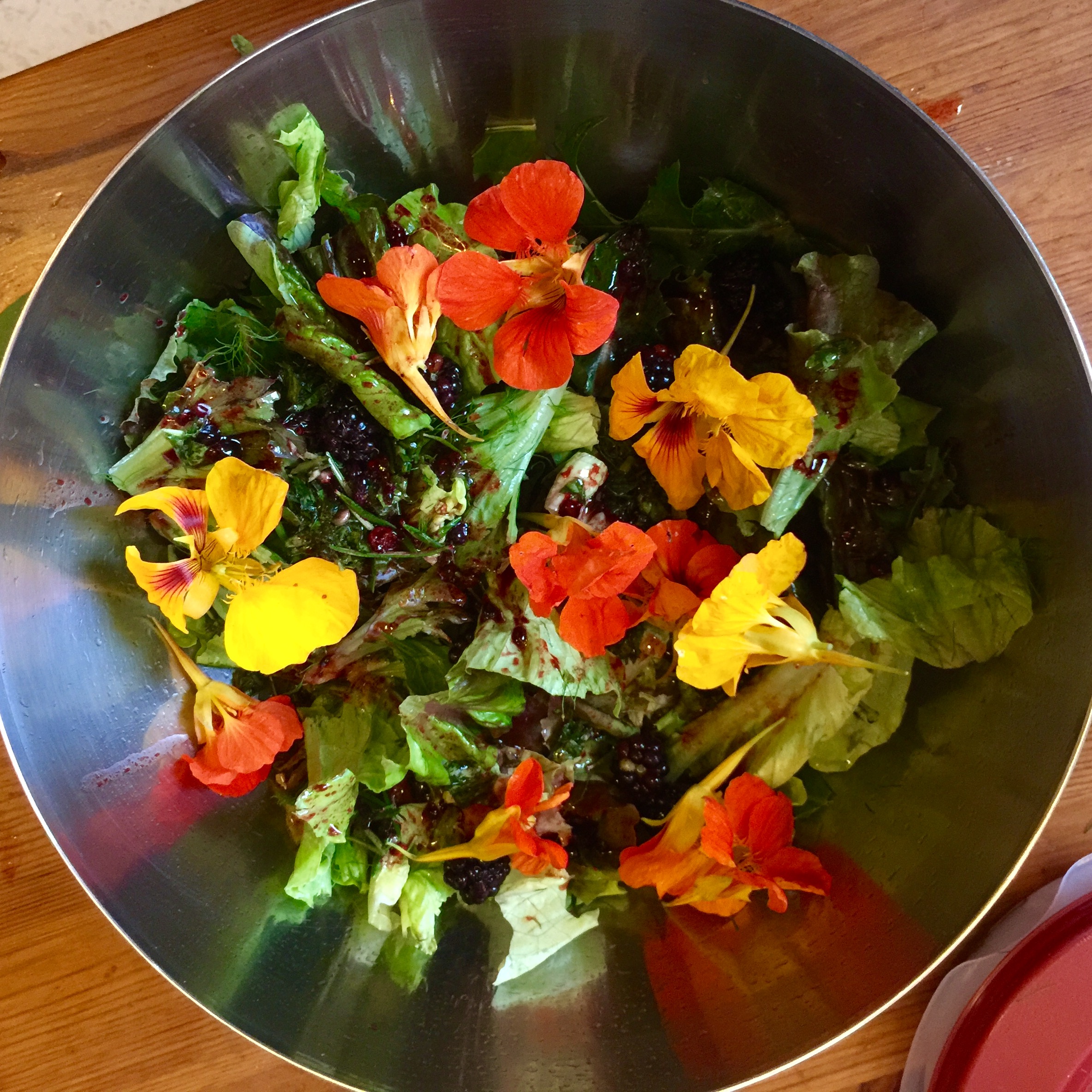 My target for foraging was the Glen Park lanes and ways, little unpaved alleys that trace the steep hillside between Glen Park and Diamond Heights. They’re striking and beautiful streets, so seemingly out of place for being only a five minute walk from a BART station. 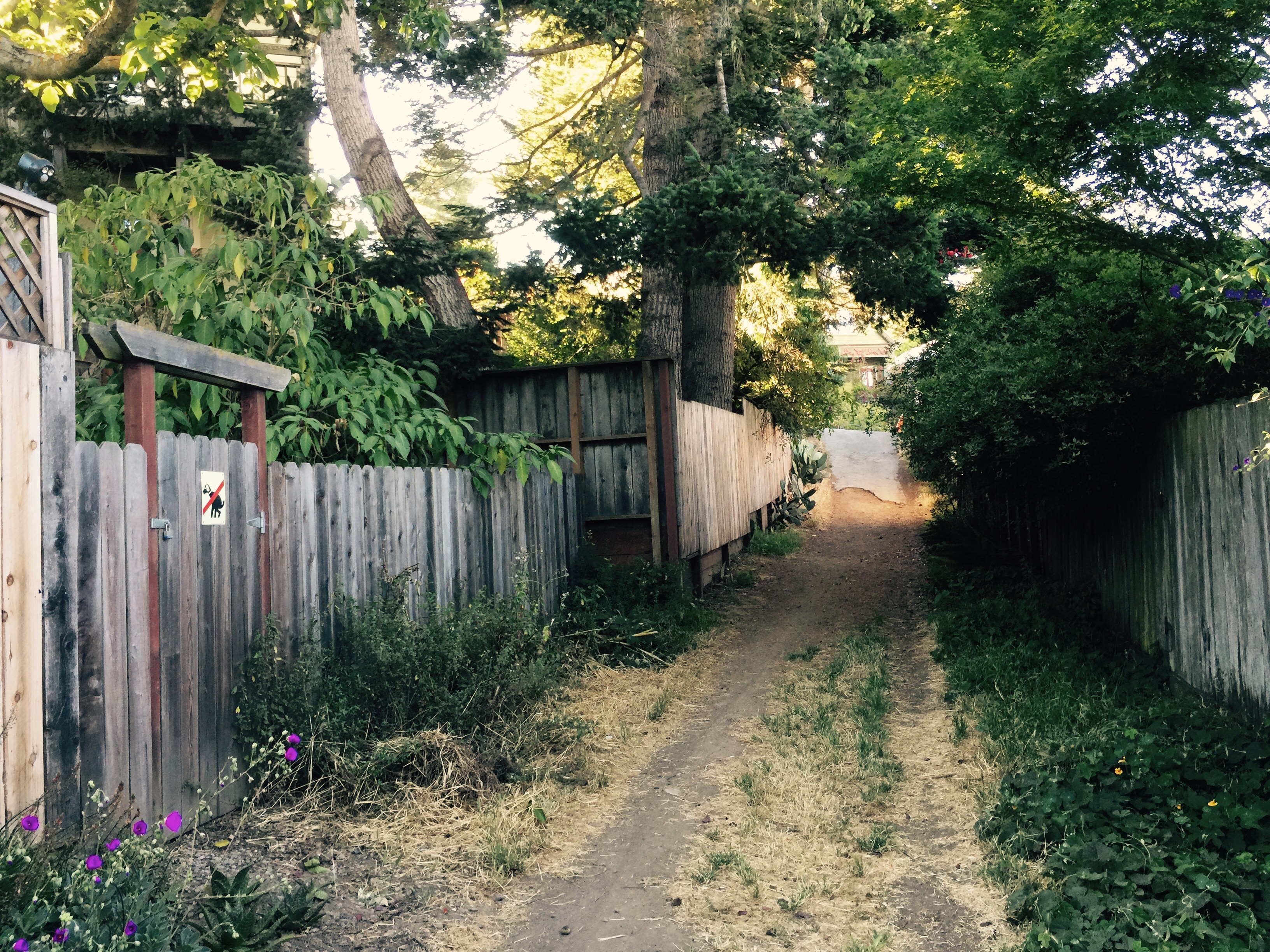 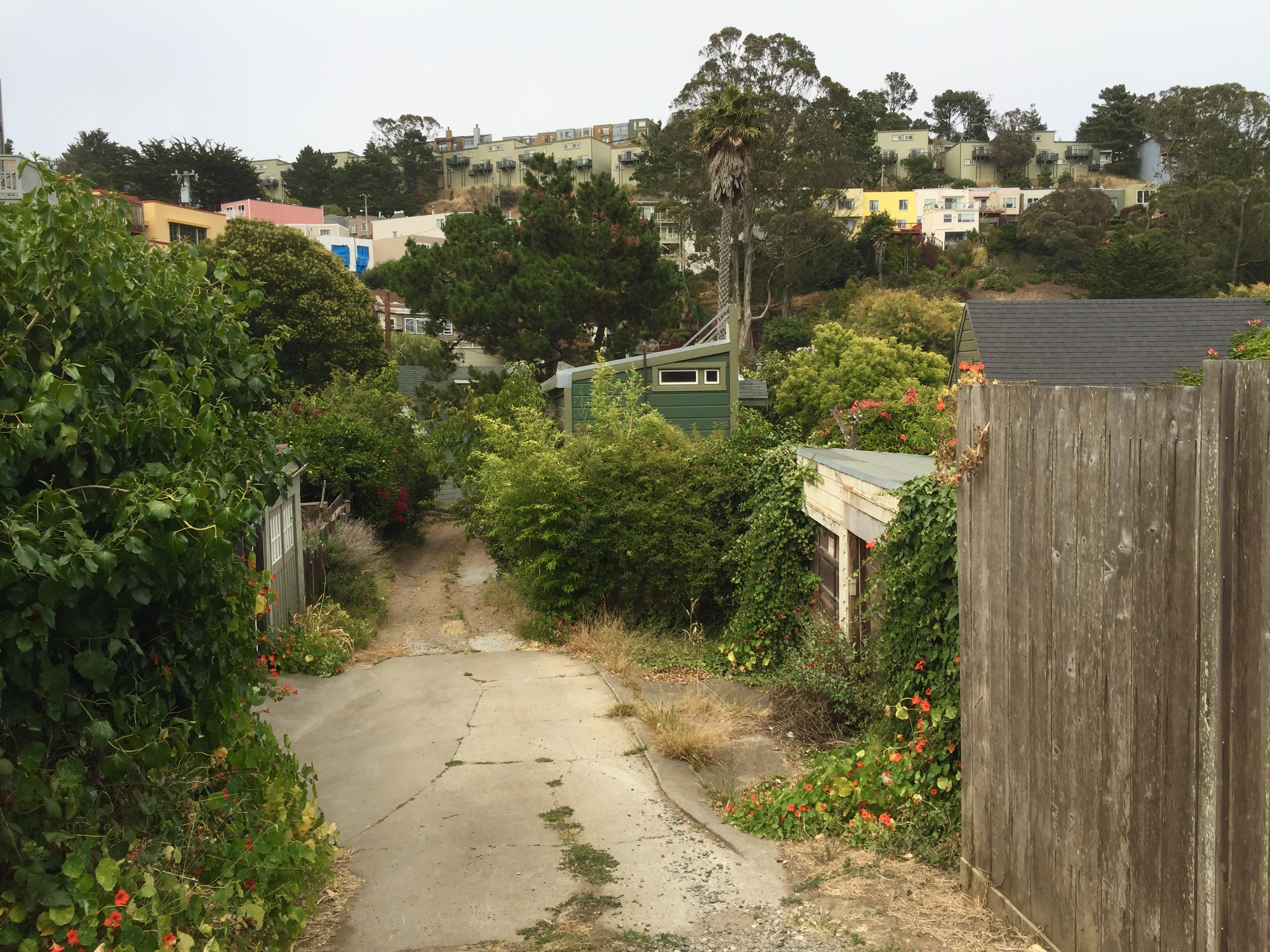 At a small empty lot sandwhiched between several backyards, and two of these small unpaved streets, I found a towering monument. 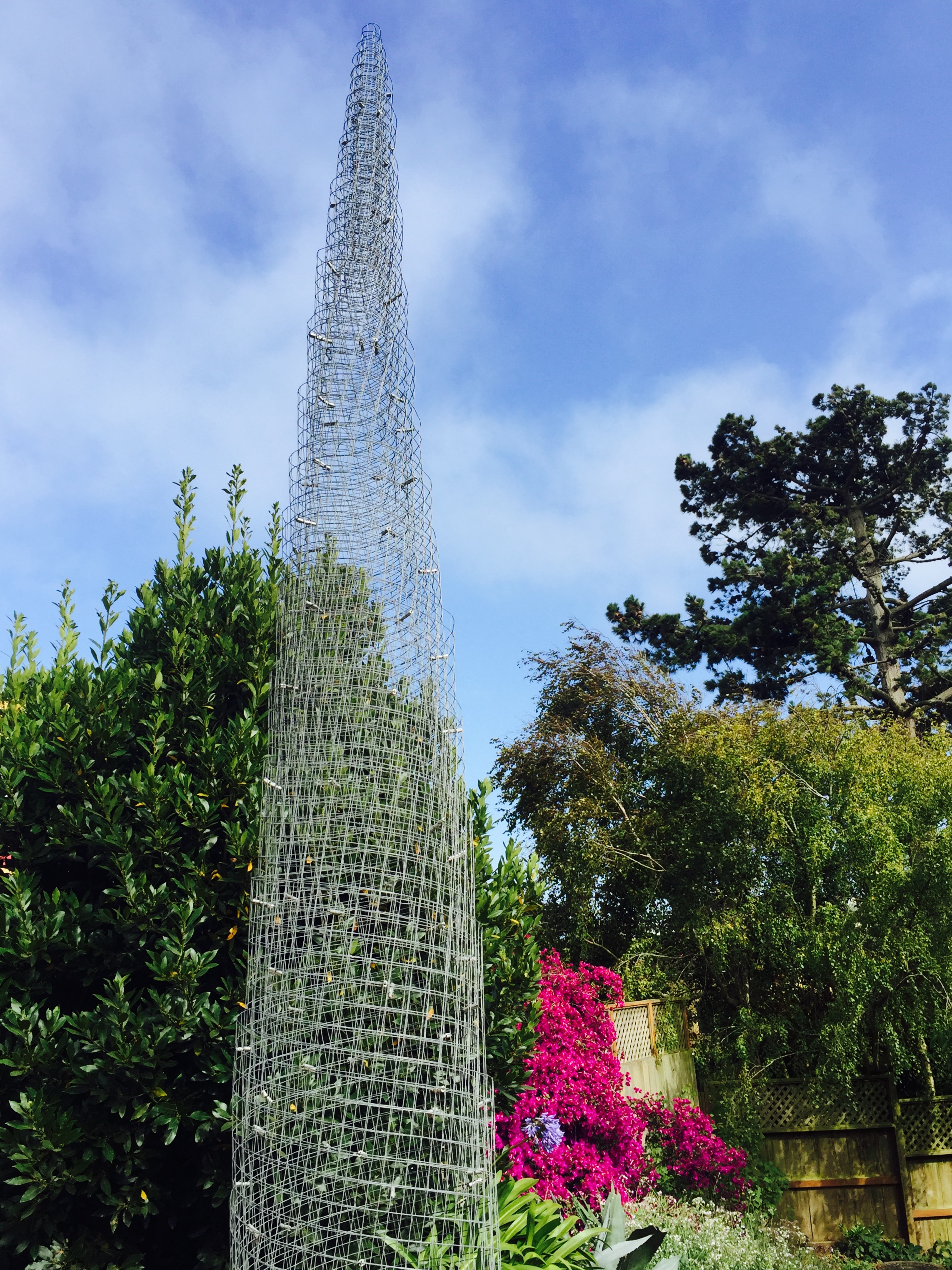 Of course, there were also plenty of plants to be found on the wander too. 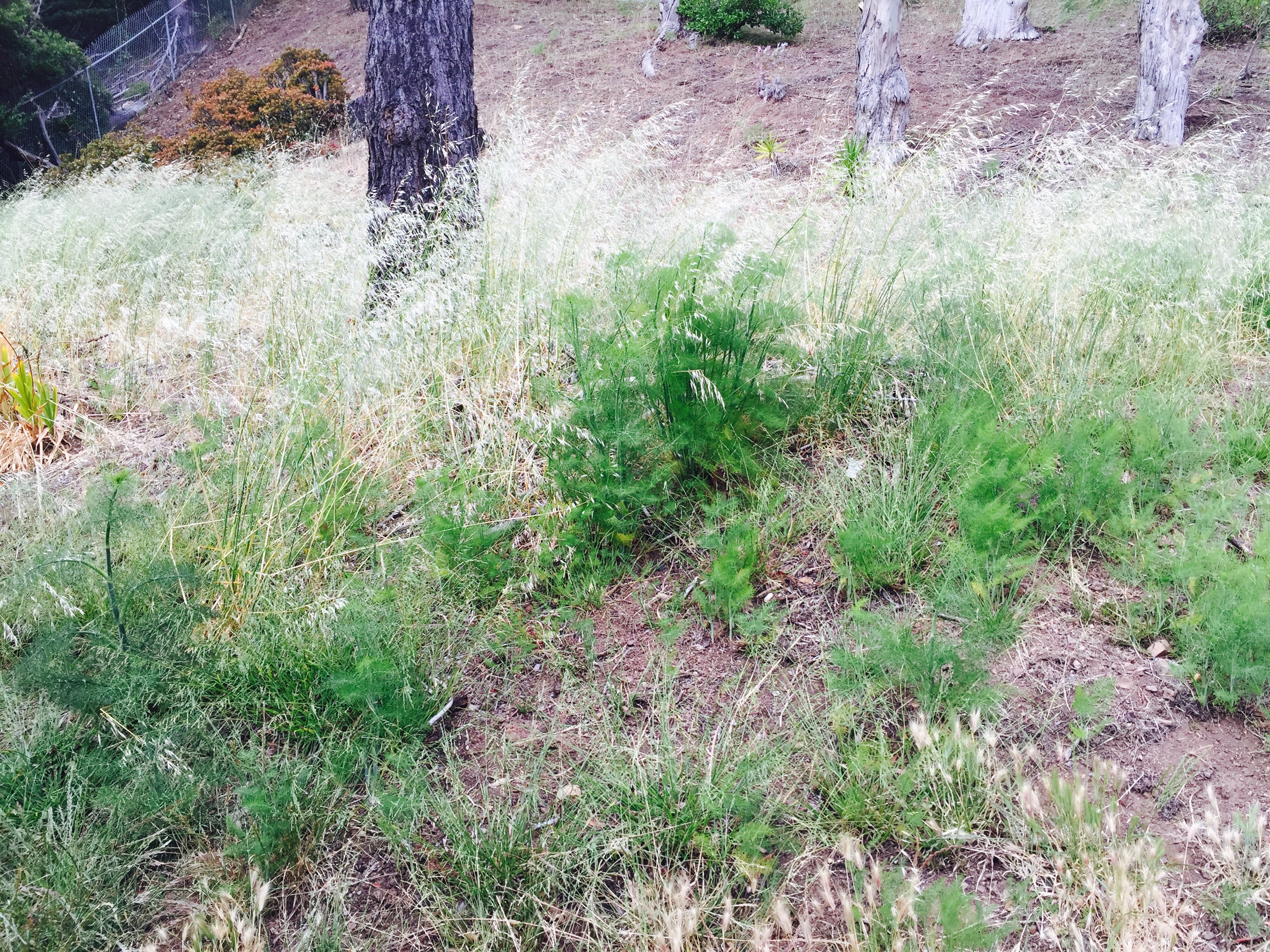 Wild fennel, so common along Bay Area roadsides, grows back here, tender and undisturbed by car traffic. The fresh green shoots are delicious and surprisingly juicy. 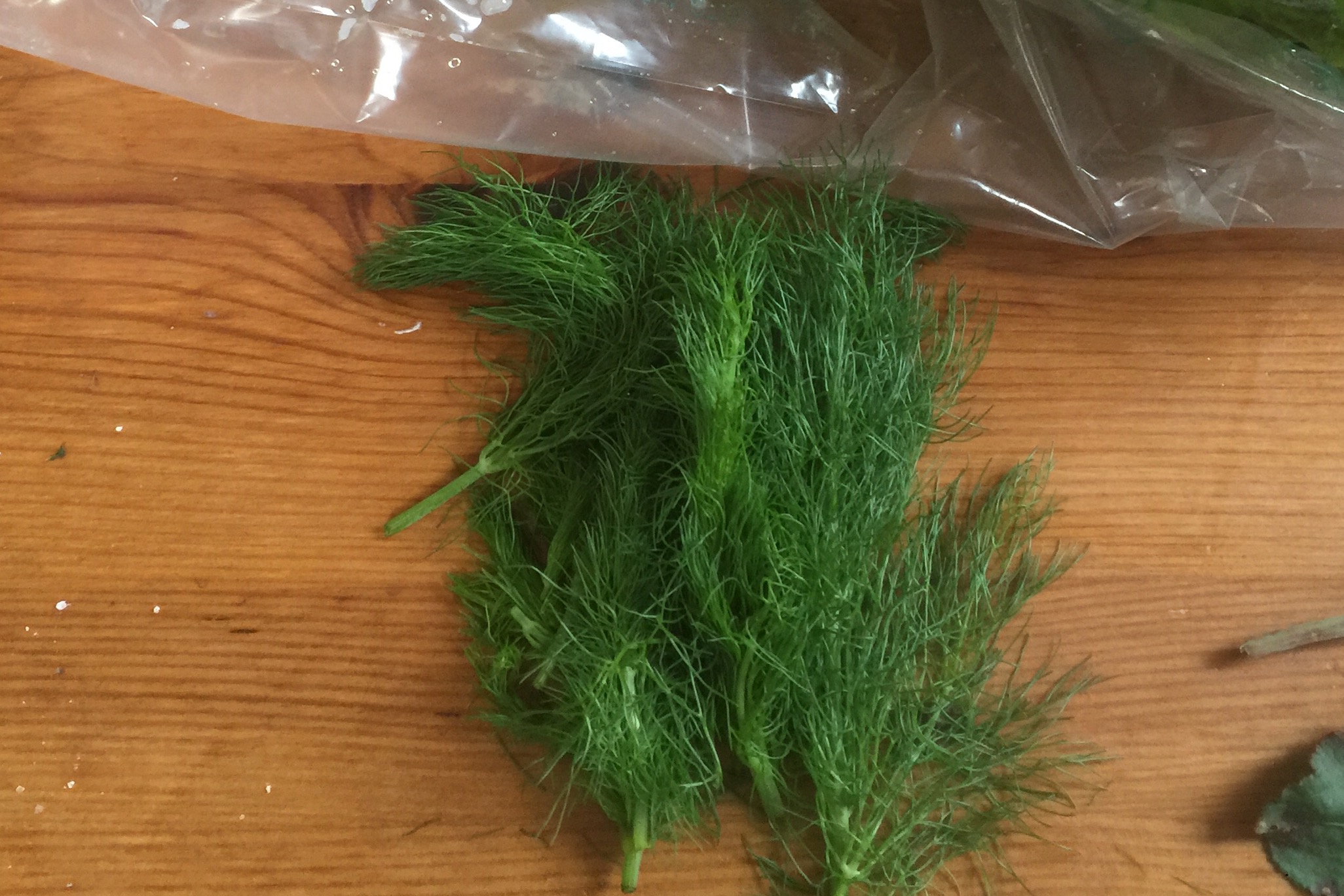 I spot a plant that I had misidentified earlier in the day, curly dock. 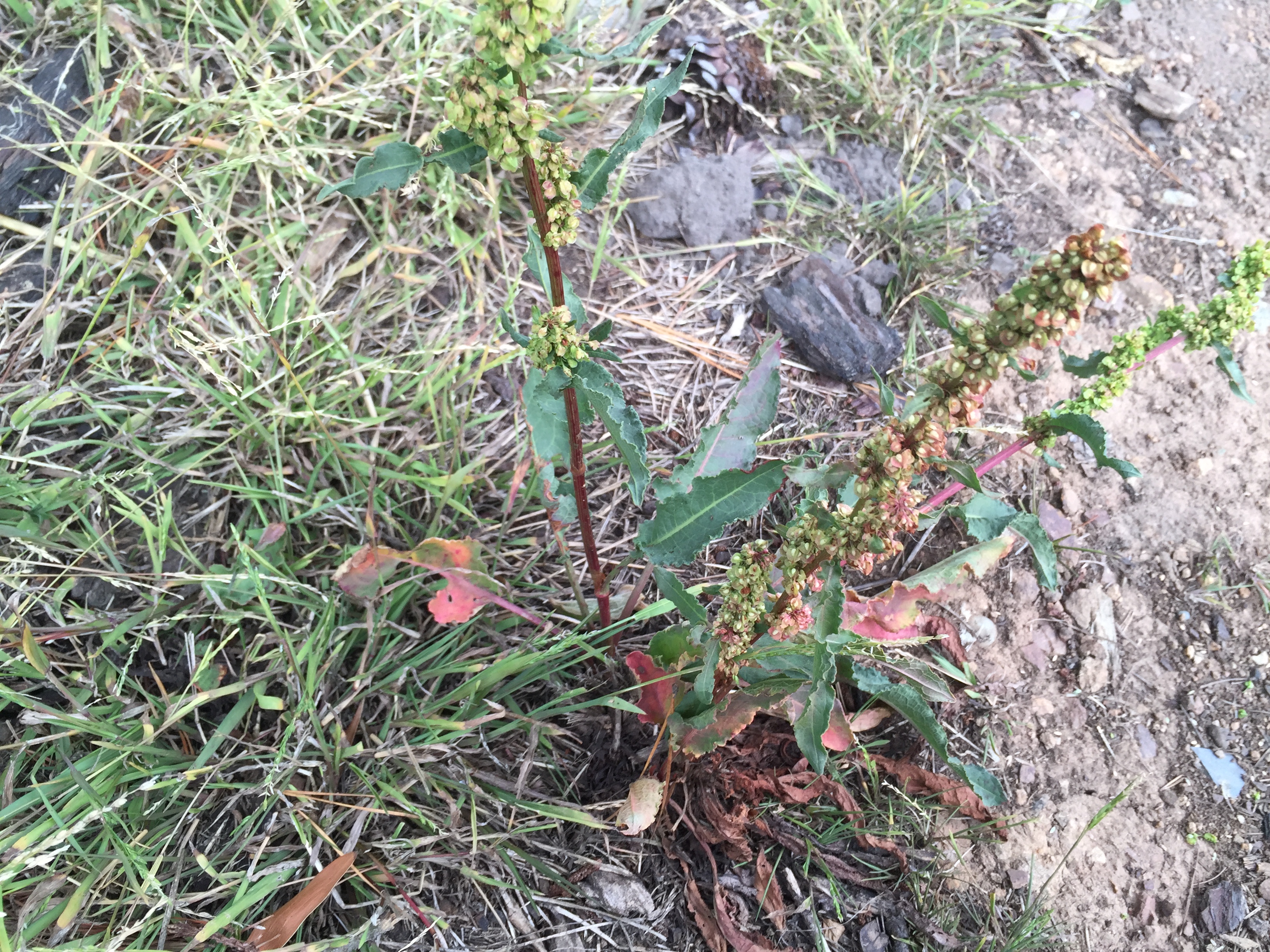 I pick a few leaves to take home, as supposedly they are edible. 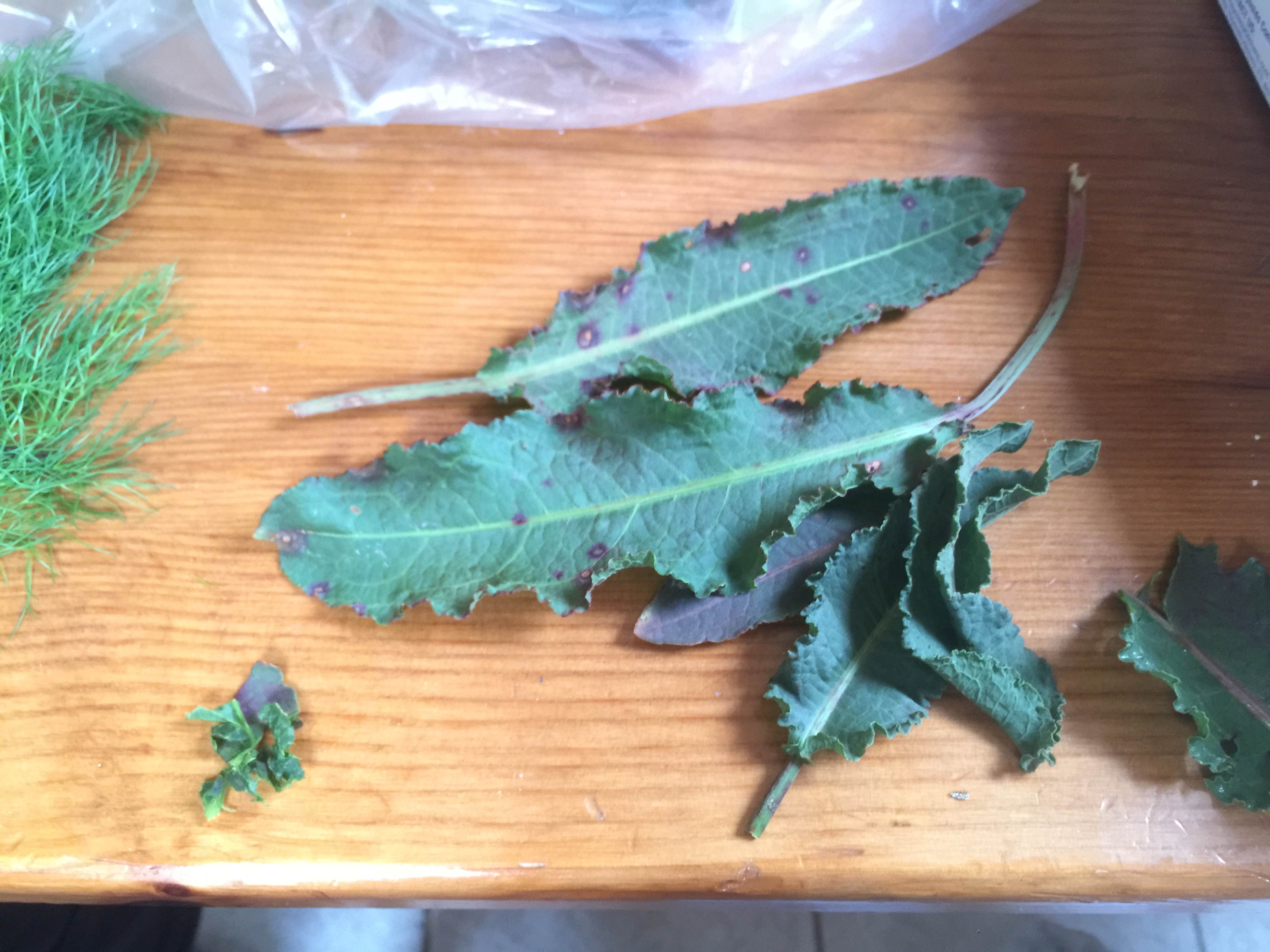 The curly dock tastes awful. Unrelenting bitterness, with oxalic acid overtones. Maybe if the leaves were younger? Maybe the people that eat it fall squarely into the “no tastebuds” camp of foragers as described by Nathanael Johnson? Perhaps I just picked this curly dock too late, and the younger leaves would have less advanced bitterness?

A more surprising plant proves shockingly tasty, however. I’ve probably walked past it many times without ever noticing it. One of those (formerly) nameless weeds that sinks into the background of everyday observation – sowthistle. 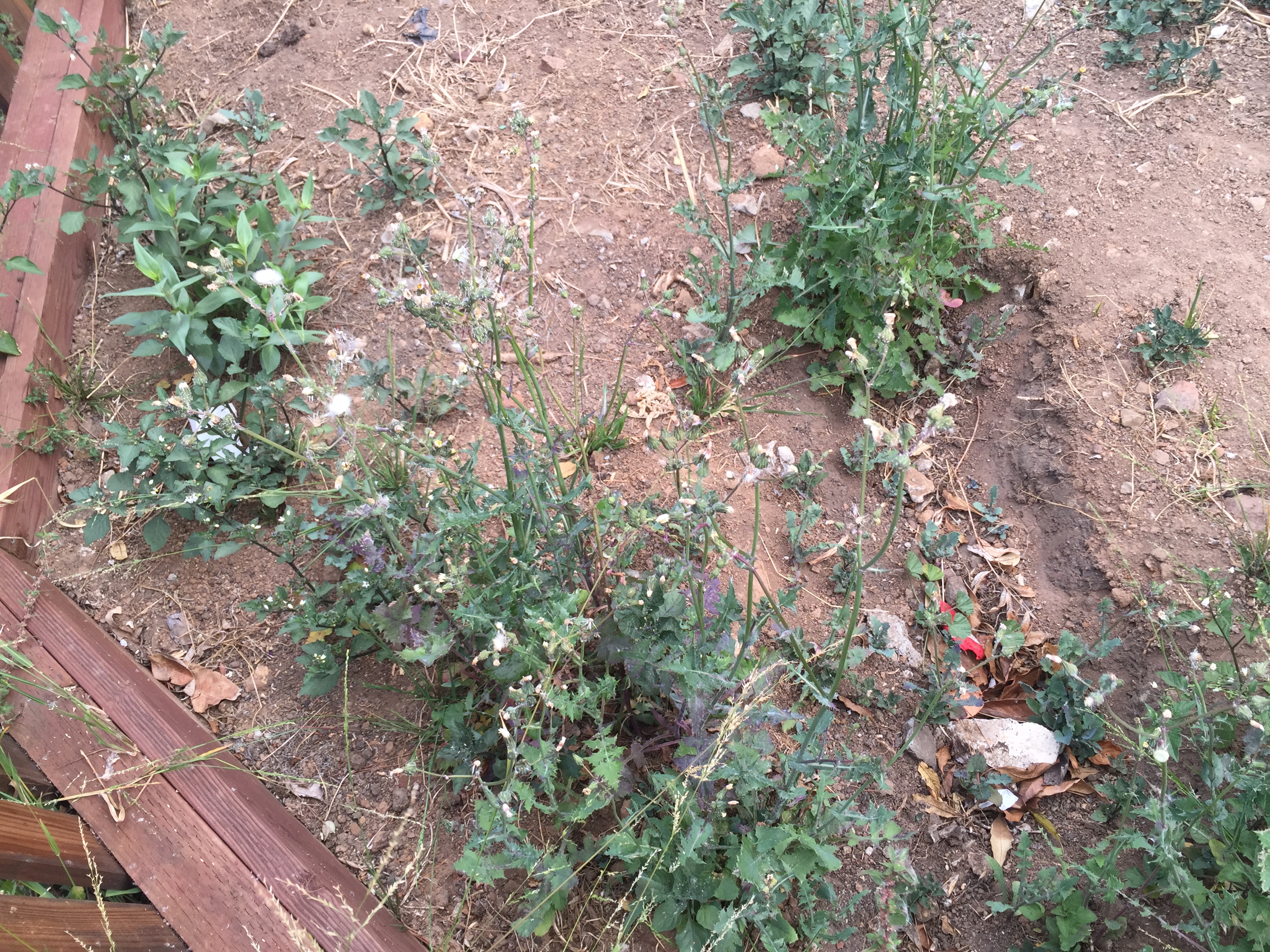 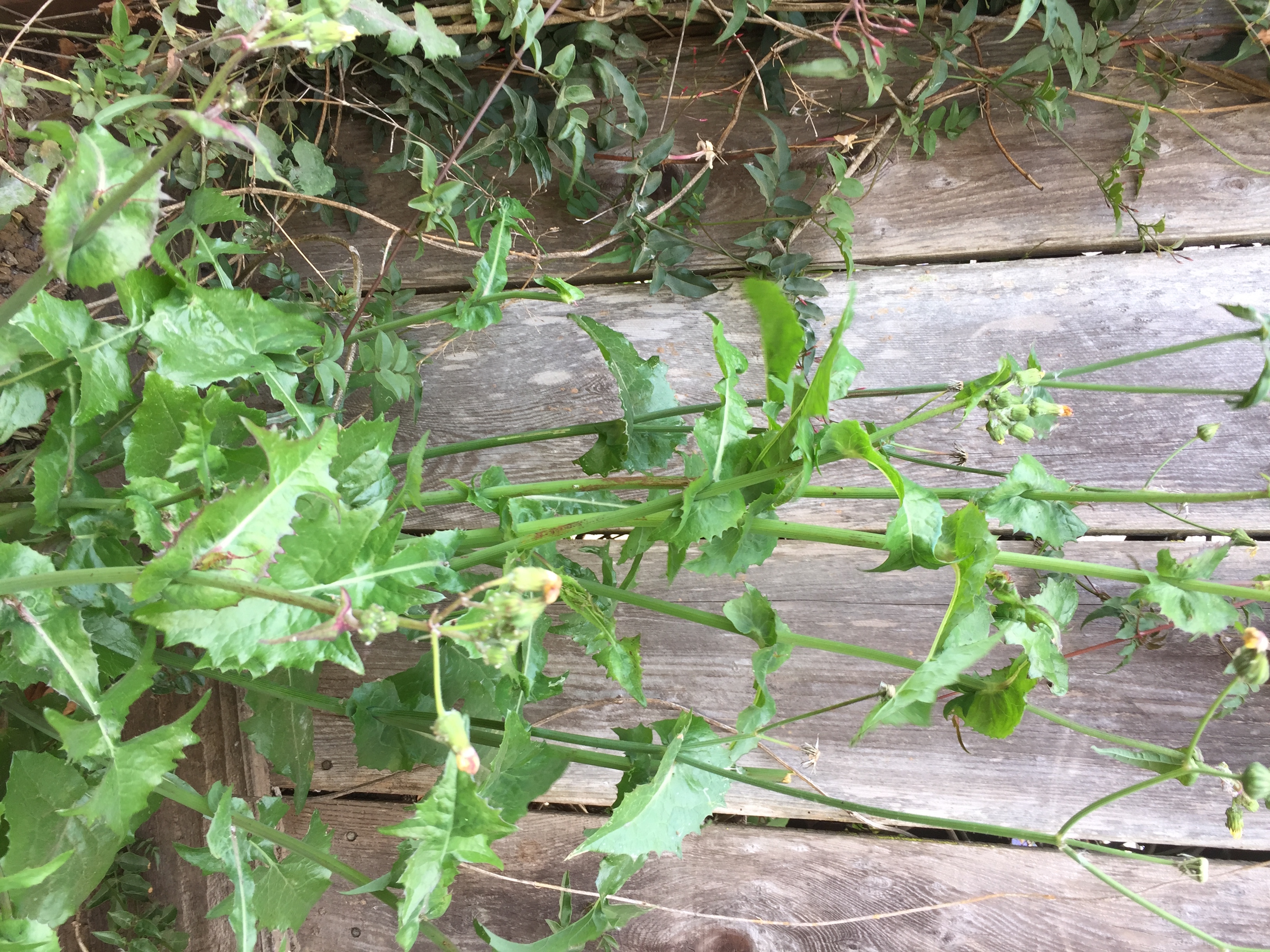 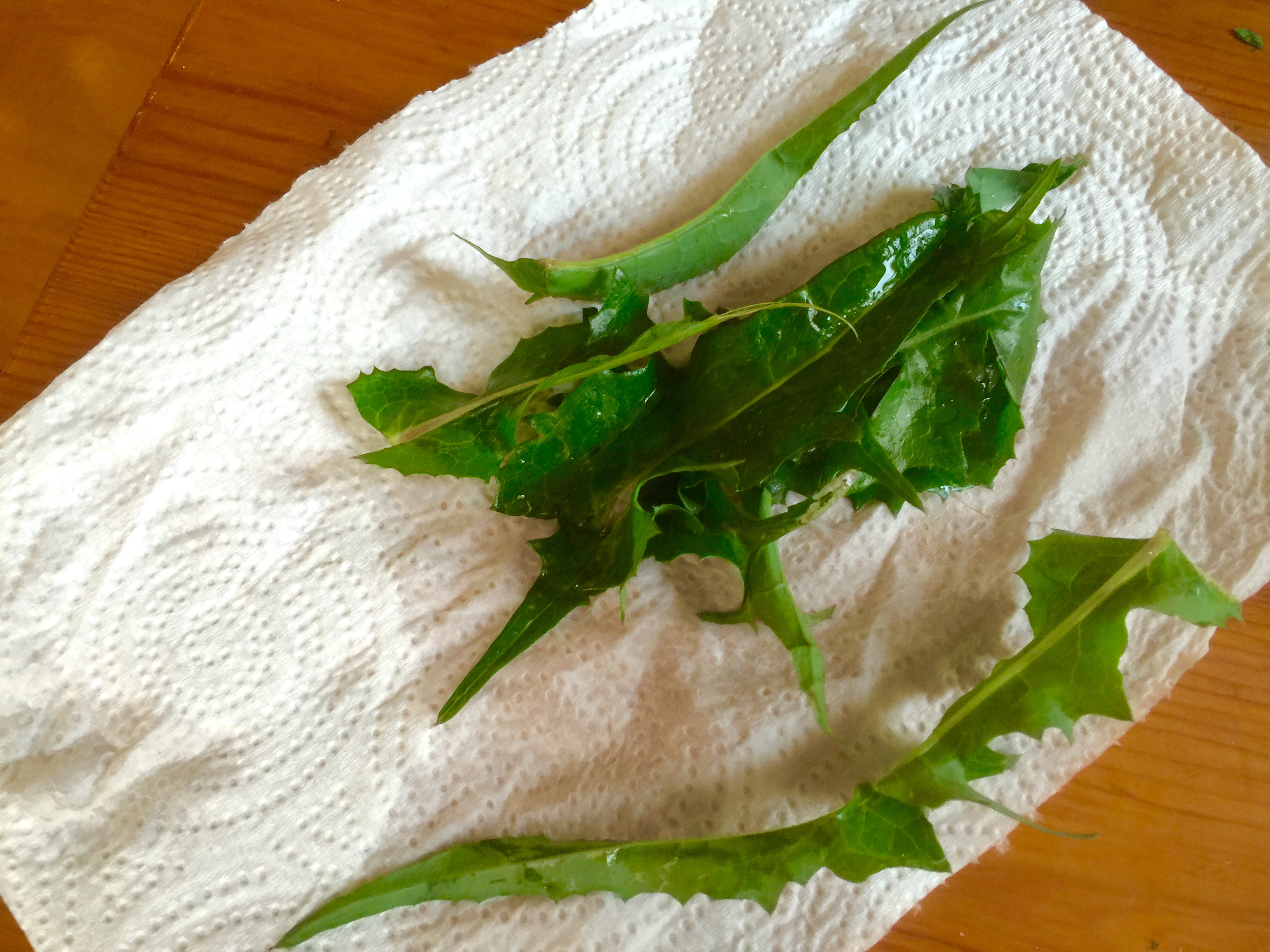 The leaves are great – mild bitterness, like a lettuce leaf, but also sweet and herbal instead of lettuce’s too frequent blandness.

I also found some milk thistle, and while it is supposedly edible, I don’t trust anything that requires that much boiling. 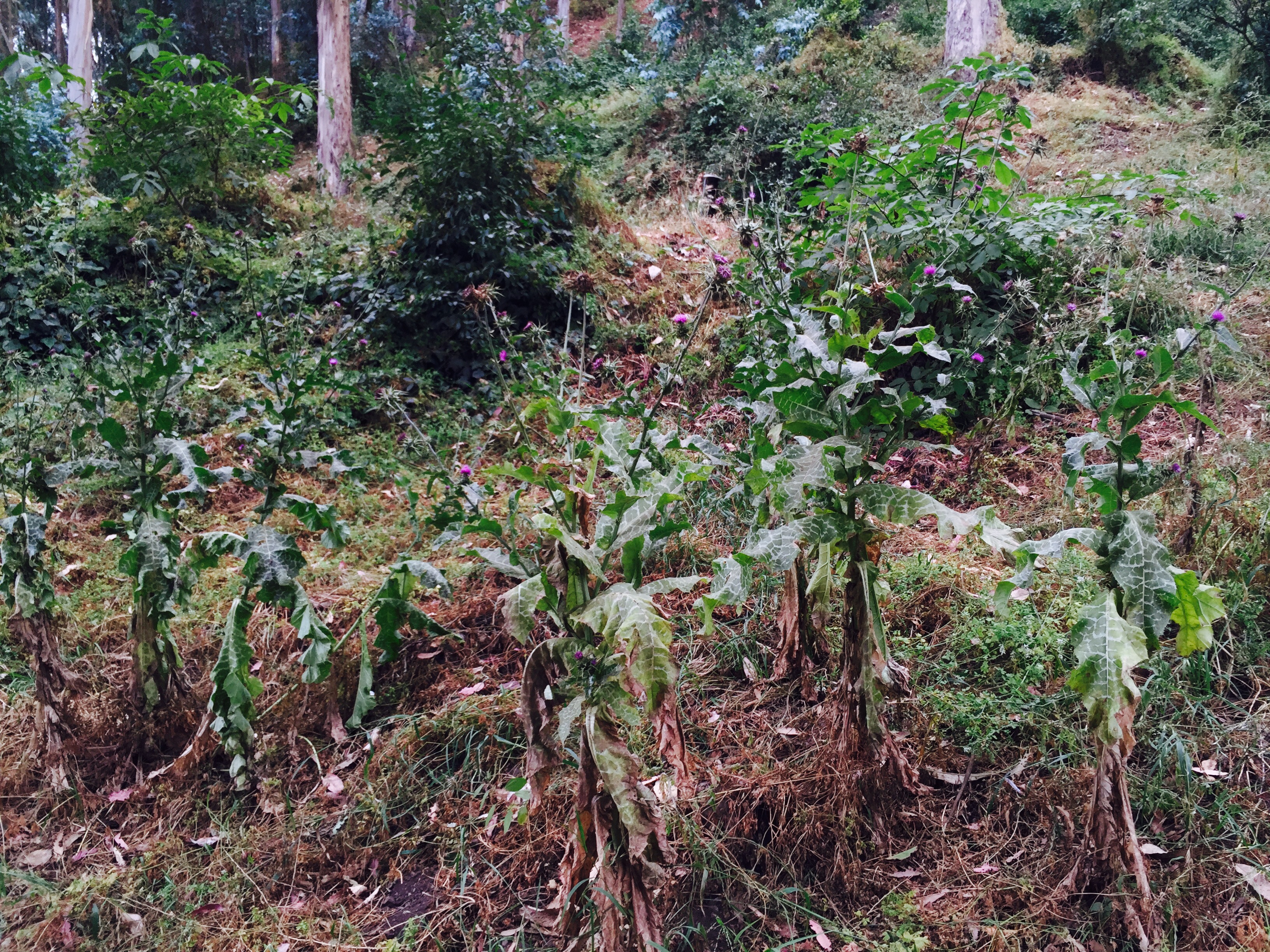 Finally, of course, there are the nasturtiums. This time of year, you can find them growing out of any crack in pavement or between siding panels in the bay area. The hardest part is leaving some behind to continue looking pretty. 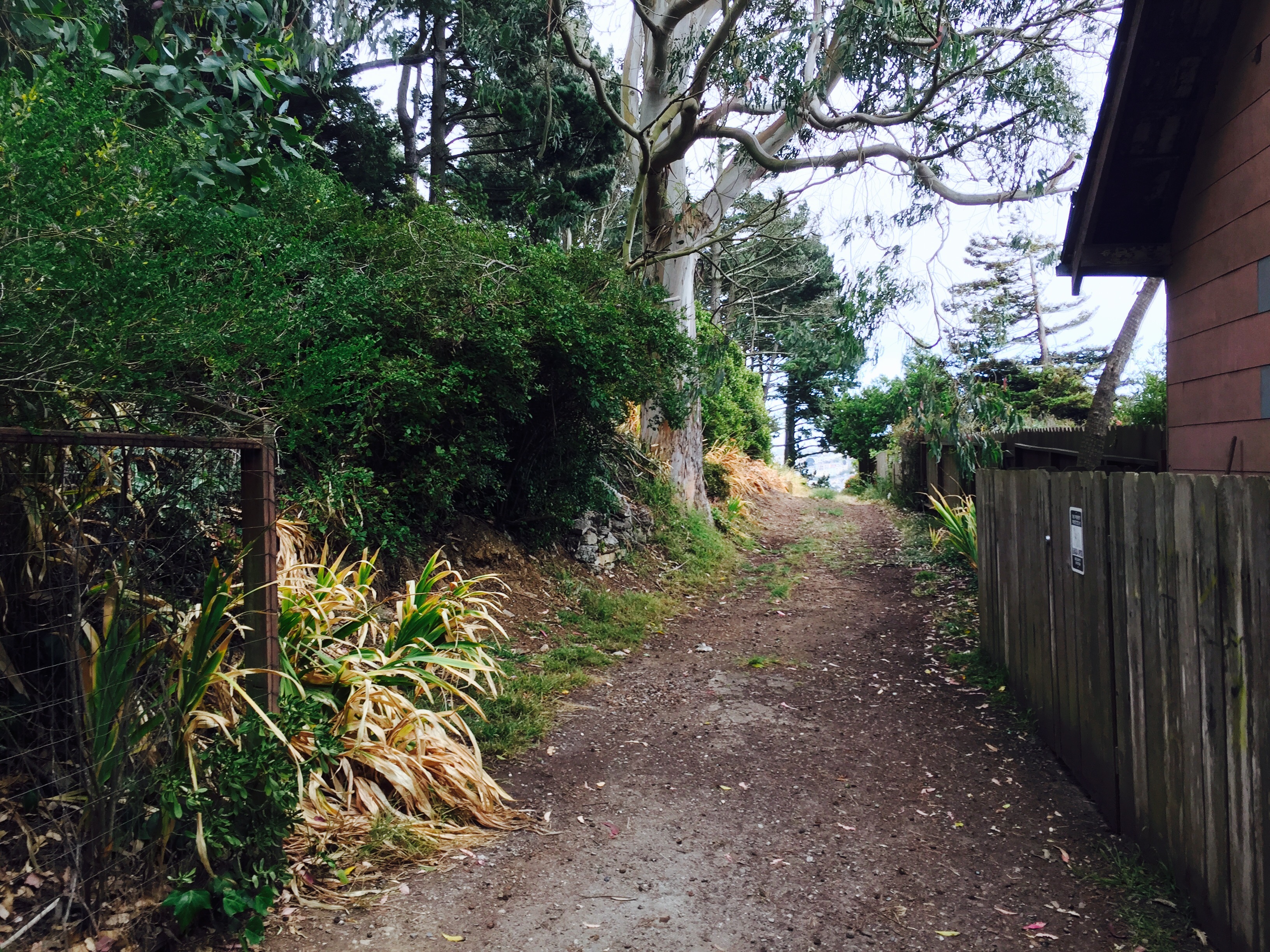 Oh, and the blackberries! There’s blackberries in the Glen Park back-alleys too, if you know where to look.